Universities as vehicles of regional de-escalation: Unpacking the Potential of Cultural Diplomacy

January 2021 I Opinion Article
By Michael Stopford, Founder and Managing Partner at ANCORED

The role played by Universities in forging networks of non-state intercultural partnerships can be a significant long term de-escalation mechanism in the Persian Gulf region. First, it facilitates the establishment of social contact points and fosters relations between communities experiencing a hostile intergovernmental environment. Second, University networks offer a viable platform for dialog - an essential resource in making a space for informal exchanges between Arab Gulf countries and Iran. And third, academic ties among competing states help to establish access points to reach out to political actors.

These are possibilities that afford noticeable potential in initial stages of de-escalation in the region. Despite the predominance of rivalries and tensions, the Persian Gulf region offers a number of examples of higher education institutions which have provided fertile ground for the above Track-2 functions. Enhancing existing experiences and investing in new multilateral cooperation initiatives among universities from rival states remains an important avenue for an incremental restructuring of the security architecture in the region.

When in the spring of 1997 Sheikh Sultan bin Muhammad Al Qasimi, the Ruler of Sharjah, UAE, resolved to establish the American University of Sharjah, he envisioned AUS as an institution of educational pre-eminence in the Arab world. He admired a modern system of tertiary education and wanted to give the citizens of his Emirate the opportunity to enjoy its benefits without leaving their home country. It was particularly important for his female citizens: their parents and families were less inclined to allow them to go overseas to study than their male siblings. Beyond this internal cultural benefit, Al Qasimi saw the university as a potential bridge between Middle Eastern cultures and the rest of the world – just as the American University of Beirut had been for generations. Since its successful opening two decades ago, AUS has served as a vibrant melting-pot of cultures across the region, with jeans-clad young Lebanese mingling with Emiratis and other young women in hijab or other traditional dress, indifferent of state level tensions.

Academic programs provide students from states whose governments are not on the best of terms an educational opportunity as a common basis of contact. The presence of international students from other regions not only advances the intercultural function of the campuses but acts as a catalyst to build some common ground among students from states in tensions or those in cultural bias such as Arab and Persians. In North America, American University (AU) in Washington played a pioneering role in launching international programs in bridging cultural and geographic divides: for example with a 3-way global degree program between AU, a Shanghai university and a UK counterpart. 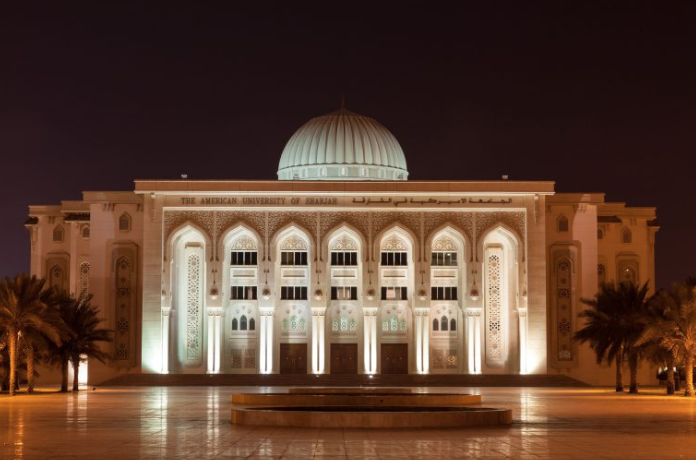 "In a region where universities are often backed by powerful political actors or the state, these institutions could become an informal, apolitical channel to connect influential actors"

The late King Abdullah of Saudi Arabia inaugurated a visionary departure from traditional Saudi tertiary education when he created and generously endowed KAUST - King Abdullah University of Science and Technology. Founded eight years after the 9/11 attack, King Abdullah evidently wanted to signal a break from that dark period and usher the Kingdom into a more modern era. The university campus – heavily secured from the outside world – offers a Western-style environment, with women driving and social restrictions far removed from the strict Saudi code enforced outside the gates.

In Qatar the “Education City” has long hosted six leading US universities, and one French one, under a joint Qatari umbrella. This ambition should provide – much like AUS in the UAE – a fulcrum for learning and research regardless of the ethnic, religious, cultural and geographic divides which have long frustrated pan-Arab advances. It should also allow students from societies spanning these divides to interact with each other and forge ties which might diminish differences and de-escalate tensions and conflicts in the future. These networks of universities have even attracted a number of Iranian students, thereby making these regional cultural contacts truly inclusive.

Furthermore, universities could act as an access point to target political groups in the rival country. In a region where universities are often backed by powerful political actors or the state, these institutions could become an informal, apolitical channel to connect influential actors. Iran’s Islamic Azad University (IAU) branch in Dubai, which opened in 1995, is an example: it once was seen as a major moderate Iranian politician’s vehicle to maintain links with the UAE. Ex-President Hashemi Rafsanjani was for many years the Chair of the Board and viewed its Dubai branch as a mechanism to remain present in the Arab Gulf States. His successors, the hardliner factions close to the Iranian Supreme Leader, nonetheless followed the same suit. The university’s branch remained active in Dubai, though with limited activities, amid high tensions between Tehran and Abu Dhabi. This serves as an example of a vital resource for UAE-Iran de-securitized ties, also providing the Emiratis with a means to signal Iranians and even reach out to powerful political factions in Tehran. 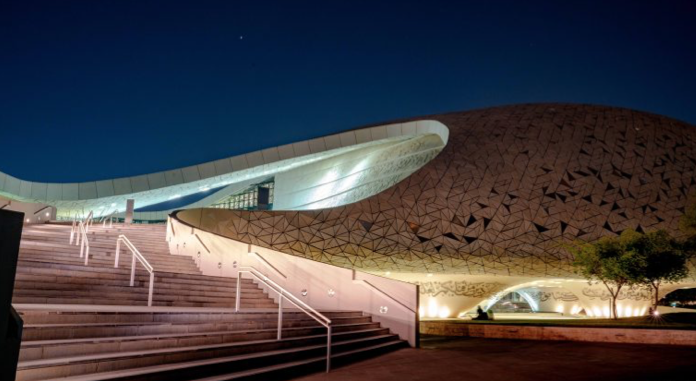 It would be naïve to assign to universities a direct role in security considerations and conflict de-escalation which they are neither designed nor equipped to accomplish on their own. Nevertheless, they are significant elements of cultural diplomacy. The very fact that the academy knows no national boundaries – that knowledge by its very nature cannot be confined within physical frontiers – makes them a potential vehicle for successful “Track 2” interaction between the Arab Gulf countries and Iran. With a degree of intentionality this potential might be further leveraged. Gulf universities might be encouraged – with appropriate funding – to pursue joint research and joint study programs encompassing countries with diverse political views.

Past funding programs from the US have made useful contributions to deploy academic ties as a minimum basis of relations across diverse cultures. USAID for several years ran a successful Middle East Partnerships Program, funding collaborations between US and the Gulf universities on shared objectives. The project was mostly for institutional capacity building and involved several universities throughout the region. In the case of Iran for example, academic exchange programs and even research initiatives with US universities constituted a significant diplomatic show of good will for a long period despite adversarial relations between Washington and Tehran. In one case the initiative  connected 1500 US and Iranian scientists from one hundred and twenty institutions taking part in more than thirty workshops between 2010 to 2016. The program was discontinued during the Trump Presidency and hit by the Muslim ban that blocked Iranians from paying academic visits to the US. 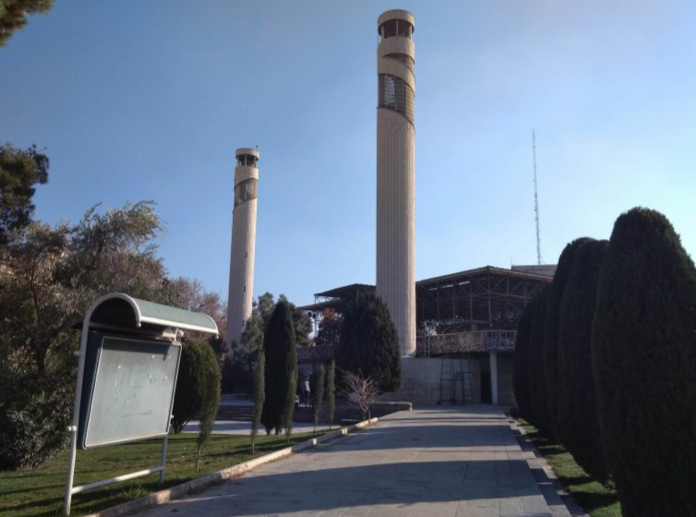 From Qatar to the UAE, from KSA to Iran, there already exist far-sighted universities that could be equipped with partnership schemes to conduct research for solutions to common problems. Water resources and desalinisation, agriculture and nutrition, public health issues, climate change and sustainability are all common causes to be incorporated in a depoliticised joint regional-level research agenda. The experience of this shared research and learning might eventually be applied even to areas of mutual contention. A habit of cooperation and success wrought by shared educational experience might well be a catalyst for conflict de-escalation and the awareness of mutual benefit rather than mutual animosity. 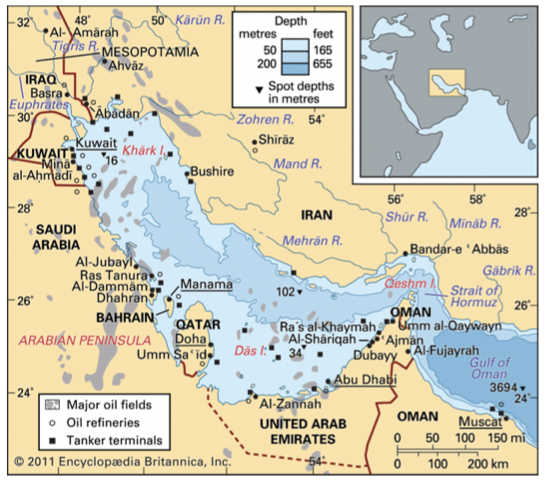 The EU could play a critical role in this domain by prompting regional actors toward academic and scientific collaboration. Furthermore, the EU should make use of its own existing capabilities to facilitate such initiatives. These might extend to a more inclusive incorporation of states, like KSA and Iran, into European research agendas and academic exchange networks. The EU’s facilitation role through its scientific diplomacy should not be underestimated.  On the other side of the Atlantic, with the incoming Biden Administration, the time might be ripe for the US to relaunch a platform similar to its previously successful academic outreach. A still more promising and perhaps sustainable approach would be if  academic and science collaborations could be initiated and managed from within the region itself, creating an internally-driven network of researchers and institutions working together on specific common regional issues.

Michael Stopford is the Founder and Managing Partner of ANCORED. He has led strategic communications and managed reputations for some of the world’s most famous names: from Coca-Cola and ExxonMobil, to the United Nations, NATO and the World Bank